The summary of the intervention
The intervention aims to provide the Italian parent company with the ability to monitor, manage and control the financial dynamics of its foreign branch. The logic of the intervention is to provide a management tool to the foreign branch that at the same time serves the parent company to monitor and control it.
So a single tool for two purposes, monitor the foreign branch but also allow it to optimize its financial management.
For the foreign branch, therefore, it’s about transforming the daily financial management: we move from a series of passive activities to operations resulting from a planned and optimized strategy, all under the supervision of the parent company.
A tool is created that acquires the function of financial prediction dashboard, with which the company is able to forecast the future cash requirements. The vision refers to the short and medium term, then to the next 12 to 24 months.
However, the prevision is not an end in itself, but acquires a dynamic value: starting from a forecast, which is not considered satisfactory, operational decisions are assumed that bring about improvements to the scenario, which in turn is analyzed. Actually it creates an iterative cycle of actions and consequences, until the desired scenario is achieved. The latter is based on actions that must then be implemented and whose fulfillment is carefully monitored by the same instrument.
This iterative cycle is managed by the foreign branch under the supervision and competition of the parent company: the level of autonomy or control set previously determines the way in which this collaboration takes place. Everything is created with specific IT tools, that means using where existing in the company, business intelligence or treasury management tools.

The course of the intervention
In carrying out the intervention various phases can be defined.
The first phase involves understanding the group dynamics and the interaction between the parent company and the foreign branch on a financial level: wich needs, wich level of autonomy, wich problems, wich recent history, wich prospects.
The next phase involves the understanding, on the spot, of the financial dynamics of the foreign branch, which then will have to be represented and managed. The active and passive financial dynamics deriving from management must be understood, together with the other periodic or extraordinary financial movements, such as mortgages, investments and the dynamics of general costs. Very important is the aspect of the interaction of the instrument with the people who will have to feed it and manage it, but also, and above all, with those who will have to use it at the level of decision-making, both locally and in Italy. The further phase consists in the starting arrangement, where the whole is tested with the actual data in order to deliver a functioning and operative instrument. The final phase consists in training people to use it, both in terms of data supply and in terms of use for decision-making, always keeping in mind the double use of the instrument for on-site management of the site and control from Italy.

The human resources involved
The intervention involves the management of the Italian parent company and of the foreign branch in the part of understanding its needs and strategies.
Local human resources at the operational level will be involved in the technical and operational aspects of the project. Important operational aspects will be the data supply processes and the IT procedures used: therefore the local operators of the administrative and IT area will be involved. The financial managers of foreign and Italian companies will later be involved in the part concerning the operational, but above all, decision-making use of the instrument. As in any Farnetani Estero Consulting project the impact on the ordinary activities of companies will be minimized, alternating the people involved, limiting their use, and optimizing the interaction with the consultant based on the work requirements of individual operators.

The timing
The intervention can last from ten to fifteen days of work by a consultant, depending on the size, complexity and spatial location of the foreign branch. In any case, the duration of the intervention is agreed on the basis of a specific quote.
In ogni caso la durata dell’intervento viene concordata sulla base di un apposito preventivo.
Le giornate vengono scadenzate in base alle esigenze operative dell’azienda.

The advantages achieved
The foreign company has a tool with which to plan and manage its financial dynamics. The daily management of its treasury is therefore part of a short and medium-term strategy and every event, whether awaited or not, moves within a scenario where dynamics, risks and consequences are known. The Italian parent company moves in a perception of less uncertainty compared to the previous situation, controlling the work of the foreign branch so as to be able to make the most appropriate decisions.

Future developments
The system can be developed and refined, in the next stages, in many ways.
The level of monitoring of the financial dynamics of the foreign branch and its level of interaction with the parent company can be increased. The system can be included in a strategic plan of the foreign branch, expanding its vision up to the next three or five years.
A classic development of the system is its growing integration with the IT environment of the Italian company and its business intelligence programs.
These consulting interventions provide a complete understanding of the financial dynamics of the foreign branch: modifying and improving this dynamic, acting on its structural aspects, represents an extremely positive and stimulating subsequent development. 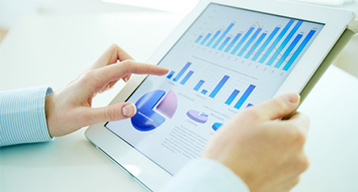 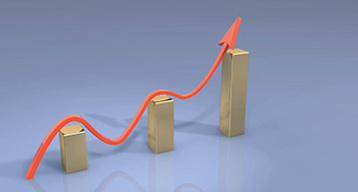 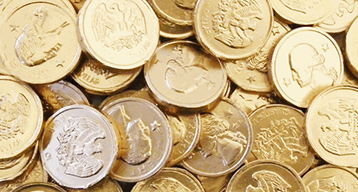 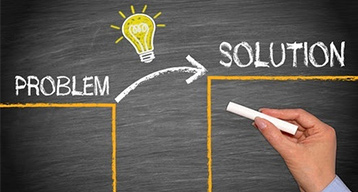